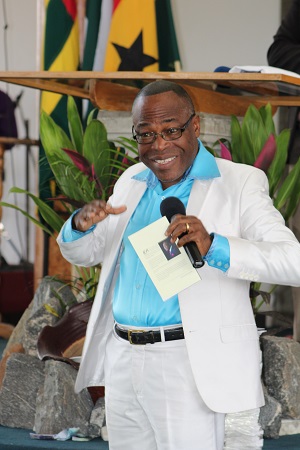 We have financial power, intellectual power, military power, educational power just to mention few and we also have spiritual power. There’s a power that brings money into a person’s life. How my heart cries that the riches in the dark will find their way to locate you. Go to the mafia groups, the occultists, they have the money.
But of all these types of power, the greatest and the most important is the spiritual power because when you have the spiritual power then you can control the spiritual and the physical power. Our God knows better that we need spiritual power so Jesus when he was about to go, he said wait, I’ll send the promise of the father.
Many have gone through this discipleship class and graduated but they are nowhere to be found today. In the church sometimes, we operate in ignorance, not as enlightened as we should be. Some people think for example that when you are asked to go through marriage counseling, the counseling process is what gives you the certification to marry. But that is not the goal of counseling, it’s rather that your knowledge level will rise after the counselling. So you must go through the counsel that by the time you finish, your life must change. If you just go through the counseling and nothing happens, then you are defeated.
When you go through a class like this, the critical thing that should show up in our life is transformation, there must be a change. When they saw the early Christians, they say these are the people who made a change. You must also produce fantastic results.
Spiritual power, some of us think it’s only in the Holy Spirit, so when we talk about power, the church people believe we talk about the Holy Spirit. That’s also true but there are many here who don’t have the Holy Ghost but you have power to change many situation.
But seek the Holy Spirit, he’s the power of the trinity. Power does not just stop over there (the Holy Spirit).
One way you can readily access power in this kingdom is through numbers, multitudes, and plentiful people. When you want to access power, begin to look for numbers.

When you want to access spiritual power, don’t look meek on numbers. Be somebody who would be concerned about numbers. For your fire to burn, you need more than one wood in collection. In nature we understand so it’s not different to understand in the spirit.

Some of you don’t know how to surround with the right people. There’s something in the church we call the corporate anointing. One way to generate power is to learn to link up. Look at electricity, its two wires that we deal with, the live and the negative. When you use the live alone, light will never come. Some of you have gone through this class but you have not developed a way of fellowship.

Many times they decide to take Jesus but the crowd were always there and they cannot. Some foolish things would have been done to you but because they know you belong to a company they cannot. That is why we are the church. All of us as members coming together will show the totality of what the body can do.

Do you know the military is a powerful force that’s why when they’re going for operation they go two, two. There’s power in unity.

The desire of the heaven is that we should all be one. Do you know the Holy Ghost is interested in money?

Begin to born with a sister and begin to pray for just 15min or go on a half day fast and see the power you will generate. That’s why when a man and a woman marry in the right frequency there’s nothing in the spirit that they cannot generate.

Jesus who is the living word had to depend on the written word to emerge victorious. Jesus the living word, and the word was made flesh. Would you expect him to be confronted with evil? He came as God and also as man and the devil dared him. The devil is flooring up on a day to day basic.

The devil dared Jesus to command the stone to turn to bread but Jesus answered and said: It is written man shall not live by bread alone. Jesus deployed the written word. Jesus relied on the written word. The things we are facing, it is not that God has not provided the power to overcome them, it’s because we don’t know how to get access the power.

The living word depended on the written word. Jesus himself quoted the scripture to access power.

God is inside you to the degree that his word is inside you. For the past four years, we’ve been doing everything to push this church into the thousands, the fact is that we’re expecting for the supernatural to happen but the truth is that, you are supposed to bring forth. When a man and woman are married and no child is coming they become trouble so how can you be a born again and you’ll not be concerned to bring forth a soul?

You can access power through sacrifice. An Alter is the meeting place of spirits. Anytime u wan to meet with the spirit, the first thing you must provide is an ALTAR. If u don’t that spirit will leave u because you’re violating spiritual law.

That is why in some homes, they come and put a table in some corner and powder to make such place become a meeting place. When an altar is there and there’s no sacrifice on the Alter, the spirit comes alright but it will never release his power.

No alter without a sacrifice produces power. That’s why the church is powerless, because we’re too wise, not willing to sacrifice. Sacrifice is not an easy thing, why would you think worshiping God will be that so easy. 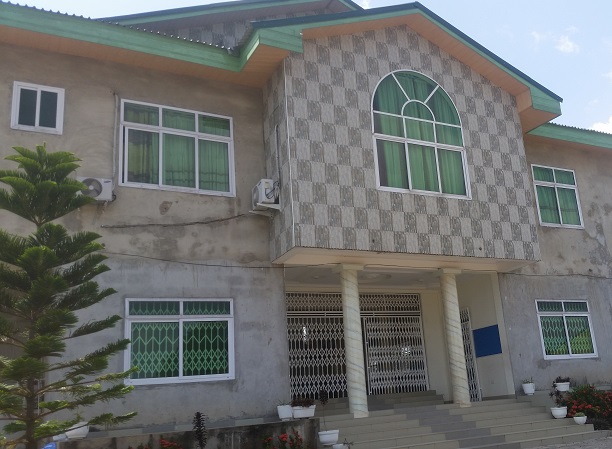